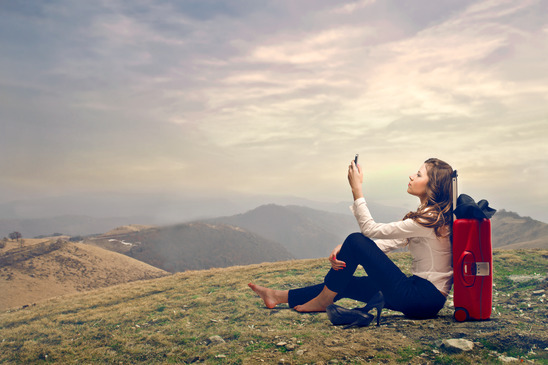 If you’re like me and you didn’t grow up in a family that did international travel, you probably didn’t really know what to expect the first time you left the country as an adult. You did know that places are different (that’s why you want to go there in the first place) but there are things that you either don’t think about or assume will be the same as home.

Growing up in Canada, everyone has universal healthcare. Some provinces make you pay a premium dependent on your income but if you show up at a hospital you’re taken care of. Not so in any country when you’re a foreigner. In my first year living abroad, a friend of mine was in a bad car accident. The ambulance wouldn’t take him to the hospital until it was verified that he had health insurance.

Medical drug laws and standards are different everywhere. The medical drug standards in your home country may not be the same as other countries. The first time I had a cold overseas, I spent an hour in the pharmacy trying to locate Nyquil only to find that they didn’t import it. Make sure you have enough prescription medication for your entire trip and a backup prescription in case you run into delays. Also, if you have to use a specific brand name OTC medication, bring it with you as it may not be available where you’re going.

Most of us are taught when growing up that if you’re ever in trouble to find a police office and they’ll help you. Sadly, that’s not the case in a lot of other countries. In fact, it’s common practice in a lot of places to have to bribe the police to ensure your safety.

As a single woman, I’ve never had a problem traveling alone. Living in a big city has given me the ability to deal with strangers who may be less than friendly. I’ve found that if you exude the confidence of someone who’s aware of her surroundings and able to take care of herself that most people on the street will let you be. I’ve also found that you need to be straightforward and blunt in your intentions as a lot of cultures have different ways of interpreting actions. If someone is pressuring you or invading your personal comfort zone, tell them firmly to stop and leave the situation as quickly as possible.

Get insurance, especially if you’re going on a long trip. It’s usually pretty inexpensive and it may end up saving you a lot of cash in the long run. For example, I rented a car for 3 days in Australia. I was super careful and only used the car to do some sightseeing at places that weren’t on any tour. In the parking lot of a restaurant, someone sideswiped the car and it cost me $700AUS to have it fixed because I hadn’t chosen the insurance option for $25AUS. Another example, when the volcano Eyjafjallajökull erupted in Iceland in 2010 and European airspace was closed for 6 days. You just never know what may happen.

The western culture is pretty laid back and personal. You think nothing of cramming onto a bus or train like sardines to get to where you need to go. That’s not always the case in other countries. Be appreciative of other people’s personal space and be careful not to touch others unless they invite you to (such as a pat on the back or looking at their clothing).

Smoking may be a faux pas here in North America but it’s still going strong in a lot of countries. I remember sitting in Barbados Immigration a few years ago and there were ashtrays in the waiting room. Although you may not like it, keep in mind that you’re in another country where it’s still widely accepted. Of course, if you smoke it will make your trip that much more enjoyable!

Be careful about making friends who may have ulterior motives. A lot of people see travelers as wealthy and may wish to use you as a means of getting money or opportunities. You don’t need to be scared of anyone, just be aware of who you’re spending time with.

Be careful with all hand gestures including the thumbs up. It can mean different things in different places and you don’t want to insult someone accidentally. When in doubt, keep your hands by your sides.

Don’t be ethnocentric in believing that your country/culture/language is superior or better than anyone else’s. Not everyone speaks English and not everyone believes in the same things that you do, but everyone deserves the same respect. If everyone in the world was the same, it would be a pretty boring world to explore.

As a personal rule, I don’t discuss politics with anyone except my family and close friends. When in a foreign country be careful about who you speak to about politics and never say anything negative. In non-democratic countries, many citizens won’t speak about their government due to watchers, and the government may have agents playing tourist to try and cause you to speak out against the government. If you feel that strongly against a government, it might be best not to visit the country.

When I travel I carry a small amount of US cash (which is generally accepted everywhere), some local currency if available from my local bank, a credit card, and a bank card – although it depends on where you’re traveling to and what the banking system is like there. Most developed countries have pretty good banking systems and will accept credit/debit cards as payment. Many banks now issue pay-as-you-go credit cards that are great for traveling as you can transfer money onto the card as needed and there’s no worry about the card number being stolen.

As a woman, I’m weary of traveling with large amounts of cash or traveler’s cheques and find that I would rather have to look for a bank machine than deal with the anxiety of $1000 in my pocket.

When using your credit/debit card, make sure to check your online statements frequently to ensure the number wasn’t lifted. Also, keep your receipts as a backup and a way to remember where your card may have been skimmed.

Seasoned traveling pro or just starting out, let us know if we missed anything.