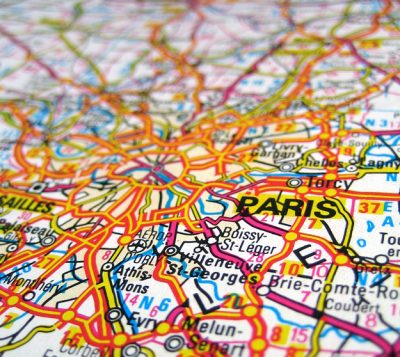 Paris is hands down one of the most beautiful cities in the world, where every street corner is laden with allure and historical significance. It’s no wonder that many first time visitors face difficulties in choosing what to do in Paris and where to start. The long list of enchanting monuments, museums, and peaceful little alleys can make decisions quite daunting. If you plan to see all the iconic attractions, grab a Paris Museum Pass. The pass offers entry to more than 60 of the city’s main attractions. Below are some of the best attractions in Paris worth exploring and experiencing based on sheer aesthetic value, iconography, and mass popularity.

Be awestruck by the magnificence of the Eiffel Tower

The Eiffel Tower is one of the most recognized landmarks in the world and has become symbolic of the modern and chic Paris. When unveiled by maker Gustave Eiffel, the iron tower was very unpopular with the residents and almost torn down. However, with more than 220 million visitors since its inception, it has become an integral part of the city. Make sure to catch a glimpse of the tower at night when it’s lit up in all its crowning, glittering glory! The tower also has a restaurant so you can enjoy the sites while dining in style.

Discover the treasures at The Louvre

The Louvre palace-museum is one of the most popular museums in the world. It can take days to discover and revel in the diverse and vast collection of pre-twentieth century paintings, medieval decorative items, and contemporary sculptures housed here. Its most coveted possessions are the Venus de Milo and the Mona Lisa, but you will also be left breathless by the works of Rembrandt, Caravaggio, Vermeer, and many others.

Walk over to the Musée d’Orsay

Just across the bridge from The Louvre, the airy and light rooms at the Musée d’Orsay beckon you to delight in its riches. Get bewitched by the extraordinary collection of post-impressionist and impressionist paintings as well as modern wonders. Get lost in Monet’s water lilies, Degas’ ethereal dancers, Gaugin’s leafy jungles, and the works of Manet, Delacroix, and Van Gogh.

Ordered to be built by Emperor Napoléon I, the Arc de Triomphe is a 164-foot monument that evokes absolute military triumph and power. Constructed during those times when the powers-to-be made monuments to honor themselves and satisfy their egos, the Arc de Triomphe does precisely that! It’s beautiful reliefs, and statuary celebrates the soldiers and generals of Napoléon. Finish the visit with a grand walk through the equally lavish Avenue des Champs-Elysées.

Immerse in Parisian culture at the Centre Georges Pompidou

This cultural center and modern art museum were opened to honor President Georges Pompidou, and hence the neighborhood is fondly referred to as ‘Beaubourg’ by the locals. The distinctive skeletal design of the Center may either revile you or enrapture you. Check out the works of Matisse, Modigliani, and others, and make sure you don’t miss the rooftop views!

Take a trip into history at the Latin Quarter

Home to the Sorbonne University, the Latin Quarter has been a center of higher learning for many centuries. Take a tour of this iconic university that hosted philosophers and great thinkers like Jean-Paul Sartre, Charmin René Descartes, and Simone de Beauvoir, sip on a drink on the terrace café, and later roam the quaint winding streets.

Get physical at the Montmartre

Climb the challenging hills and stairs of the Montmartre to arrive at the highest point in the city and home of the Sacre Coeur basilica. Get mesmerized by the distinctive white dome and the dazzling gold mosaic interiors, enjoy sweeping views of the city from the vivid terrace, explore the peaceful winding streets, and finish with a Parisian cabaret at the famous Moulin Rouge.

Get enraptured by the singularly spectacular Notre Dame Cathedral

With its elegant spire, dramatic sculptures, vivid towers, and stained glass, the Notre Dame Cathedral is one of the most marvelous pieces of Gothic architecture in the world. Opened in 1345, the cathedral took almost 200 years to build, and the various styles of architecture throughout show French Gothic, Naturalism, and Renaissance styling. Be sure to ascend the North tower to take in the view of the dreamy city from the vantage of the hunchback Quasimodo. The sight will indeed take your breath away!

Pay homage to the greats at the Père Lachaise Cemetery

The Père Lachaise Cemetery is the final resting place of many legendary personalities like Jim Morrison, Molière, Edith Piaf, Oscar Wilde, Richard Wright, among others. Meander through the grounds or climb to the top of the cemetery to see all the extravagantly designed tombs and crypts.

Treat yourself to a boat tour along the Seine

An idyllic boat ride along the Seine River is one of the most pleasant experiences in this city of lights. You can opt for a sun-drenched day tour or get enraptured by the shimmering lights reflecting off the water during a night tour. An added bonus: boat tours of the numerous waterways and canals in Paris will offer an inside view of the hidden hotspots.