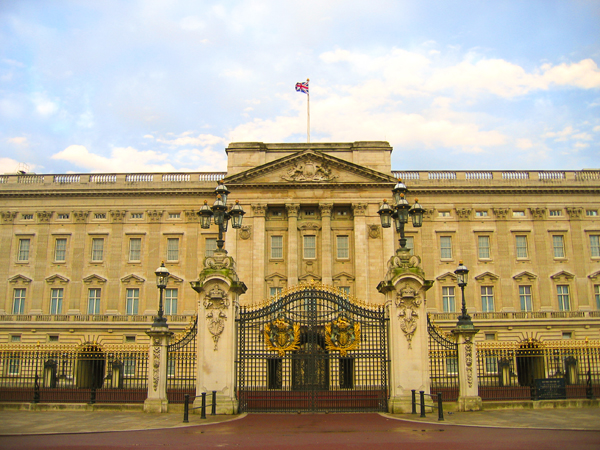 London is arguably one of the most amazing cities in the world. It would be impossible to experience all it has to offer in just three days, however with the proper planning you can pack tons into the short time you have.

London has a multitude of fabulous museums, and luckily the main ones are free to visit. Choose one that suits your interests and spend the morning or afternoon exploring it. The British Museum houses one of the most spectacular collections of artifacts detailing human history in the world although the museum’s most popular exhibit has to be its collection of Egyptian mummies and artifacts. They also have spectacular displays of ancient gold jewelry, Saxon weapons, Medieval religious treasures, Greek sculptures, and much more. Another fantastic museum is the Natural History Museum whose exhibits cover the natural evolution of Earth, animals, and plants. The dinosaur fossils always draw a huge crowd.

You can’t visit London and not go shopping. It is a real shopper’s paradise with a mix of well-known high street brands, world famous high fashion boutiques, and unique shops selling items that are decidedly English. One place not to miss is the legendary Harrods, a luxury department store that gives you a taste of old-fashioned service. If timed right you may be lucky enough to see an opera singer entertaining shoppers traveling between floors. Be sure to visit the food hall, where you’ll find a great selection of artisan foods and baked goods including the most delicious cupcakes you can imagine.

After Harrods head to Waterstone’s in Piccadilly Circus, the biggest bookstore in Europe, and then to Fortnum & Mason. Famous for its teas and confectionery, the tea shop dates to the start of the 18th century and even counts the Queen as a regular shopper.

By the time evening comes around, you’ll have worked up quite an appetite. No visit to England is complete without a meal in a pub. It won’t be hard finding a pub serving food, but not all pub food is created equal.

On the Southbank, you’ll find Anchor & Hope, which keeps its cozy pub atmosphere while serving good and sometimes unusual dishes. It’s extremely popular, so you will have to wait for a table while enjoying a pint or two at the bar.

Another great pub on the south side of the Thames is The Wellington on Waterloo Road. The food here always receives rave reviews and is priced reasonably. Just off Oxford Street on Quebec Street are The Grazing Goat with its high-quality English cuisine and a rustic atmosphere.

The best way to see all of London’s major attractions when you’re short on time is the Original London Sightseeing Tour bus. These double-decker open-topped buses allow you the freedom of hopping on and off at your leisure as the bus visits all the main attractions on their three tour routes. Each tour has knowledgeable guides who will give you the history and insights of the places your visiting. If possible dedicate an entire day for the tour, then pick one or two places to spend more time exploring. Some of the more popular attractions include the Tower of London, Westminster Abbey, and St. Paul’s Cathedral (just off Newgate Street). You’ll also get to see Big Ben, London Bridge, Leicester Square, Hyde Park, Buckingham Palace (aka the Queen’s office), and the Houses of Parliament.

The London Eye is a giant Ferris wheel located opposite the Houses of Parliament on the South Bank of the River Thames. Opened in 2000, it provides passengers with the best view of London as they travel in a slow rotation of the giant wheel. The best time to ride is after dark when the whole city is lit up so be sure to bring a camera.

Fish & Chips is a British institution; some people say there’s nothing better than a large, fresh piece of fish coated in a batter accompanied by vinegar soaked chips. There are several excellent places to try this specialty. Some of the best are Poppies on Hanbury Street, Golden Union Fish Bar on Poland Street, The Golden Hind in Marylebone, and Masters Super Fish on Waterloo Road. True connoisseurs advise that the batter to fish to oil ratio needs to be just right for perfectly cooked fish.

Madame Tussaud’s is where you’ll find your favorite celebrities waiting to greet you. The wax sculptures are amazing works of art, making Madame Tussaud’s one of the most popular attractions in London. It even has the real guillotine that was used to execute the French Queen Marie Antoinette. To avoid the queues at the door book your ticket online in advance, which gives you priority access and no wasted time waiting to get in. You’ll find the museum just a short walk from the Baker Street tube station (aka subway or metro stations), which is served by several lines including the Bakerloo, Jubilee, Metropolitan, Circle line, and Hammersmith & City lines.

You can’t visit England without indulging in afternoon tea, a tradition that is over 200-years old. It’s a wonderful way to spend an afternoon of sophistication and indulgence.

There is a wide selection of places to take your tea – a mixture of finger sandwiches, pastries, cakes, and of course tea, with the most traditional but expensive experience served at the Ritz. If you want a full, lavish experience and don’t mind splashing out, then this is the one to try, but make sure you dress appropriately.

Another fun option is to combine tea with a River Thames cruise. While the boat cruise down the river, you can indulge sweets, savories, and tea while taking in great views of the city.

London’s West End has some of the best theater in the world. It is the Broadway of Europe, with long-running musicals, such as The Lion King and Les Miserables and an endless production of high-quality plays, which have starred some of the UK’s most famous actors, such as Jude Law and Daniel Radcliffe.

Been to London? Leave your travel tips in the comments section below.

2 thoughts on “How To Spend 3 Days in London”