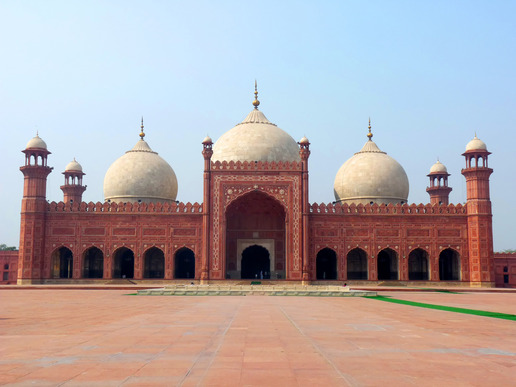 Lahore is known as the cultural center and heart of Pakistan. This highly populated city has a unique culture and is a city which seated Mughal as well as the Sikh Empire in the past. The city has historical importance since it’s the place where the decision to establish a separate country, Pakistan, was made. Famous for its institutions, food, living style, music, film, fashion, and history, this city also attracts people from all over the country due to the culture represented here.

Wherever you go, you can very easily find posh restaurants, well-maintained parks, neat and fully lighted roads and malls; but what makes Lahore different from other cities in Pakistan is its historical and cultural monuments. The place which I’m talking about is the one which locals refer to as “the old Lahore.” Walking through the history of the Walled City where the magnificent Badshahi Mosque, Lahore Fort, Shahi Qila, and Allama Iqbal’s (the Great Nation Poet) Tomb is situated is like stepping back in time. The area is very well maintained, and many people from far and wide visit, including the educational trips taken by various institutions. When illuminated at night the area is a breathtaking view, such as during Eids and other cultural festivals.

Apart from this, the tomb of Emperor Jahangir is another jewel of this city which is also considered to be one of the “finest ornaments of Lahore.” It presents you the best tile mosaic and fresco which made Lahore famous in the times of Mughals.

Along with all these monuments, there are many other remains of the distant past which add up to the culture of this city.

The places are not the only things which make Lahore the cultural capital of Pakistan. The way people of Lahore celebrate festivals, enjoying them and makes them memorable are also the experiences which people cite whenever they’re mentioning Lahore’s cultural abundance.

When spring is arriving, every city has a different style of welcoming it. However, Lahore does it in a unique way by decorating the canal with lights and floating statues; the race course is where you’ll see the crowds of people gather because of the flower displays. And one can simply not forget the “Basant” kite flying festival and celebration. The enthusiasm and joy are all that you feel in the air around you.

Called “Mela Chiraghan” by the locals for this immensely popular event, the city is beautifully lightened outside Shalimar Gardens, the Tomb of Allama Iqbal, and other places. People even light up their houses with candles to join in the festivities.

Besides the historical places and the way people celebrate, there is one common thing among all Lahoris, their love for food. Lahoris simply love food, and thankfully you can very conveniently find any cuisine throughout the city. Their love for food makes their celebrations yummier and different from the celebrations of other cities. Hence, adding to the cultural image of the city and a visitor’s experience.

What was your favorite cultural experience in Lahore?